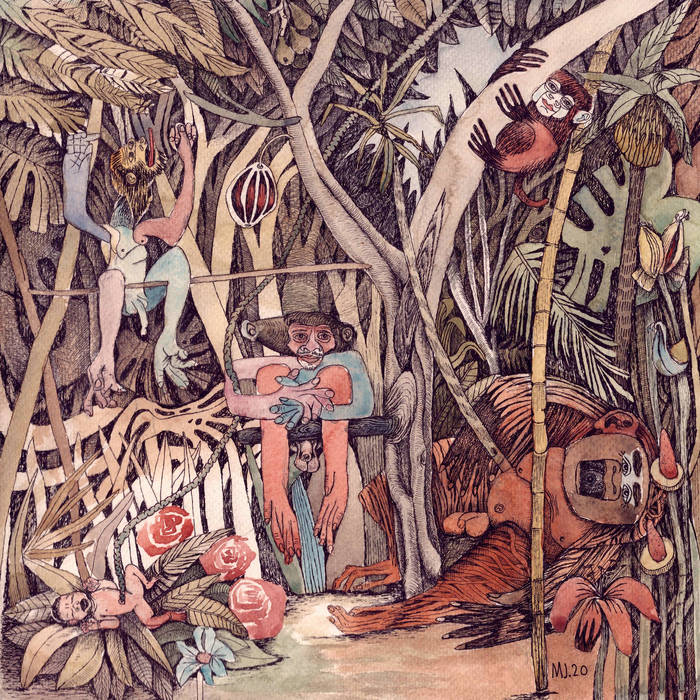 “It’s a jungle!” is the name of the second album of the Malmö-based group LUMI. Unlike their first album ”A love drunk poem”, the music has a more dramatic character and early on during the preparations for the recording you could sense the damp and deep green colors.

The naive and dreamy jungle landscapes of Henri Rousseau quickly became an inspiration in the process, and the working title ”It’s a jungle!” naturally became the name of the project. Rousseau's paintings also are the origin of the scenery in which these stories take place, untamed wilderness, distant and inaccessible. A fable sprung from these lush and rich surroundings, a tale that preaches about a reversion to a more primitive society, about the origin of mankind and a life in nature, community and statelessness.

“It’s a jungle!” contains a chaotic spectrum of emotions: naive playfulness, hate, love and primal instincts of blood and sweat.